The Isle of Sheppey is situated in the Thames Estuary at the mouth of the River Medway.

At one time Sheppey was mainly known for its sheep rearing. The saxon word scrapie, meaning sheep, appears in modern names such as Scrapsgate Road and Sheppey also means sheep. In fact, at one time Sheppey produced its own variety of cheese from its own breed of fat-tailed sheep.

In spite of the continual building of new homes, Sheppey is still very much a rural area with industry and urban populations concentrated at the end of the island.

Sheerness is a commercial port and main town of the Isle of Sheppey and owes much to its origins as a Royal Naval dockyard town.

Samuel Pepys established the Royal Navy Dockyard in the 17th Century and would probably have become one of the foremost naval bases in the country had it not been flooded during construction. It served the Navy until 1960 and has since developed into one of the largest and fastest expanding ports in the UK. It is the largest point of import for motor vehicles. Given the strategic position in relation to the Channel Tunnel and Europe the potential exists to create a UK port which can compete with Rotterdam and Antwerp and, in terms of depth of water, outclass other European ports such as Dunkirk.

The other main industry is steel making. Numerous smaller businesses exist most notable of which is a garden gnome manufacturer. The firm concerned would probably wish to stress that it makes a whole range of products, but the gnomes must be the most distinctive.

Sheerness also regularly wins the blue flag for its clean beaches and the local Council puts a great deal of effort to make the sea front area attractive to visitors.

Sheerness has a number of claims to fame. Often this is through disasters such as the sinking of the Truculent or the Richard Montgomery

Sheerness should be particularly proud of its contribution to the Co-operative movement. Although Rochdale claims credit for starting the first society, it merely coined the name. The whole concept originated in Sheerness to provide its members with fresh water and food, calling itself the Sheerness Economical Society.

Queenborough is the oldest town on the island. Originally a fishing village known as Bynney or Byne Eyot (island), Danish Prince Hoestan built a fort in A.D. 893, followed by a stone castle built by Edward the third in the 1300s. Queenborough came into official existence in 1366 when the King made it into a free borough named Regina Burgia.

Today it is the smaller of the two island towns but boasting a wide range of industries including pharmaceuticals, ceramics and ship breaking.

Separated from Queenborough by large industrial estates is Rushenden. I am not sure whether Rushenden should be regarded as a separate village or a suburb of Queenborough.

There is evidence of people living in Minster as far back as Roman Times. Built on "back end" of the cliffs, it overlooks the safe landing areas around Sheerness and Queenborough. Wards Hill, Warden, Warden Point indicate the significance of the island as a look out point in Mediaeval times. The River Swale was an important sea route for the Romans which would have been vunerable had the island been occupied by hostile forces.

Since 644 A.D. the center of Sheppey has been the Abbey. On one of their first raids on England, the Vikings landed on Sheerness beach. Legend has it that they were so struck by the serenity of the nuns that they left them in peace. There is certainly no record of the rape and pillage normally associated with the Vikings.

For the moment I am leaving the introduction of Eastchurch to the following sites.

When you see Leysdown as it is in the Summer, then again in the Winter, then it seems that its sole reason for existence is to cater for the holiday makers. It is very difficult for summer visitors to appreciate just how great the contrast really is and for many seems an ideal retirement village. Anyone considering this should visit in January and have a good look around.

Leysdown is not an unpleasant place at any time, but the main year round industry at that end of the island is farming and the facilities that remain open are about the same as any other remote rural community.

Halfway is one of those places I pass through on my way to somewhere else and so I know very little of its history. In fact it is a thriving community with two churches, restaurants and a variety of shops and a school.

Just behind halfway is Telegraph Hill from which are some of the best views over Sheerness and the mouth of the Medway.

Warden is in fact two communities; Warden Point, which is disappearing into the sea and Warden Bay, comprising of modern housing estates and holiday centres.

From The Sheerness Times Guardian

Rural district councillors urged for a roadway to be built to Elmley. The dIfficult access across land owned by Oxford University and the Commissioners for Woods and Forests meant villagers were isolated. The rest of the island was "unknown" to them as they found it easier to cross The Swale by boat and then walk into Milton to do their shopping.

In its heyday Elmley boasted two pubs as well as the school and church. When I last visited Elmley about twenty years ago there were still the remains of the village including what I believed to be the church, which some say was the school, but is now used as a barn.

I do not know why it was abandoned. Possibly the coming of the railway and the bridge meant that no one used the ferry any more. It seems that Elmley had a cement works which closed.

There is also a bird sanctuary at Elmley. 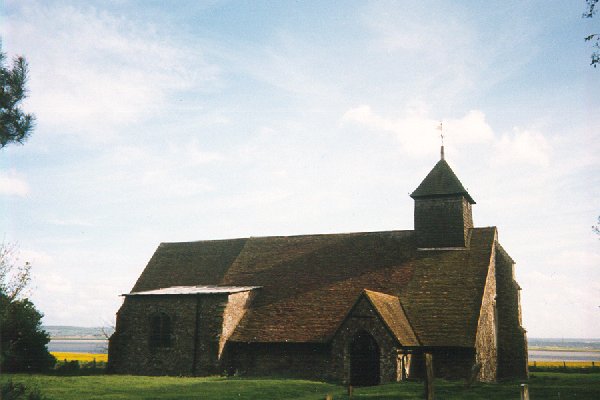 Harty is probably one of the remotest communities on the island. Although it still boasts a church and a pub, judging by the number of deserted cottages, it is in decline as a hamlet. However it is still active as farming community and can even claim a tourist trade from yachting on the River Swale.

Harty Church is probably one of the last buildings to serve the public without gas, electricity or running water. Dating back to the 11th century, it still holds services on a regular basis and provides the venue for a festival annually. 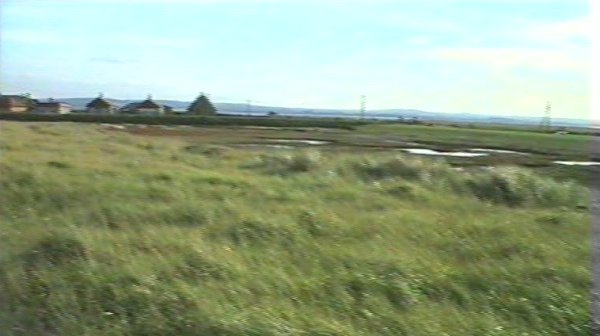 Shellness probably exists because of its position at the eastern end of the River Swale. The Romans built a watch tower there as they considered the Swale safer than the more exposed waters of the Thames. Even the most recent of maps refer to Coastguard lookouts and beacons.

Today it boasts a privately owned village, a nudist beach and many opportunities for country walks through nature reserves and bird sanctuaries.

You wanted information about Brambledown, I don't know if this is any use but I attended the Ebenezer Chapel as a child. It was run by Marjorie Dyer and her mother. Marjorie used to pick lots of children up and bring them to her Sunday School on Sunday afternoons. She was a lovely lady. Eventually in about 1970/1 the running of the chapel became too much for her and she closed it down. However she still used to pick me up on a Sunday and take me to the Baptist Church Sunday School. I have very happy memories of the Ebenezer Chapel. For most of my life Brambledown has just been a collection of houses, not even big enough to be called a hamlet. However it boasts a pub on the outskirts, a garage, a substantial farm shop and the remains of the Ebenezer Chapel. If anyone can supply me with information about its history, then please contact me.